The Official Website of Speaker and Author Dr. Carl Christman

All your effort in sales will be wasted if you can't get people to follow through on their commitments and make the changes they now want. It is up to you to motivate action.

You need to move from abstract agreement to taking concrete steps. Sometimes this is the one-time action of signing on the dotted line or turning over their credit card information. Often, though, change requires consistent action over time. Deciding to stay in school or get in shape requires daily action. This is why I hate the term "closing the sale." This implies that the interaction is over and there is no need for further contact. I prefer to look at the call to action as a commitment to work together or the beginning of a relationship. There are a variety of techniques to bring about action. They will not all work with every person, so it's good to have a variety of tools to choose from. Ask yourself: what would be more effective with this person and which will leave him or her the most satisfied? With enough bravado and without any scruples, it is very easy to push people into a purchase they will regret. But if you can ethically urge people to take action that is good for both you and them, they will be less likely to have regrets and you are more likely to get referrals.

"There is no such thing as unframed information. Everything is relative."

Getting people to take action is often contingent on how we frame things. There is no such thing as unframed information. Everything is relative. We make sense of the world around us through comparisons. If I told you that someone was 5'9", would you say that person is tall or short? Naturally, that would depend on framing. If this person is a child, that would be tall, for an adult it might not be. For a woman this might be tall; for a man it might be short. If this person were in Europe, it might be considered short, but in Asia it could be considered tall. More directly, whom is this person standing next to? The best way to make yourself taller is to stand next to people who are shorter than you. That is why I prefer to hang out with ugly people. Sally Struthers famously called on people to donate to the Christian Children's Fund by saying that "for the price of a cup of coffee a day" you could feed a child in need. This was a brilliant way of framing the call to action. The average American spends $358 a year on coffee. For $358 you could buy a decent television. Had she said that "for the price of a new television you can feed a child," it would not have been nearly as effective. Even though it was the same amount of money, it would have seemed very expensive. A cup of coffee a day, however, seems inconsequential. We could tell smokers that 480,000 Americans die every year as a result of smoking, but that number doesn't mean much. We could also frame that by saying that ten times as many Americans have died from smoking than from all wars combined. We could point out that smokers die an average of ten years earlier. Or we could frame this by reminding smokers that they might not be able to see their grandchildren grow up. 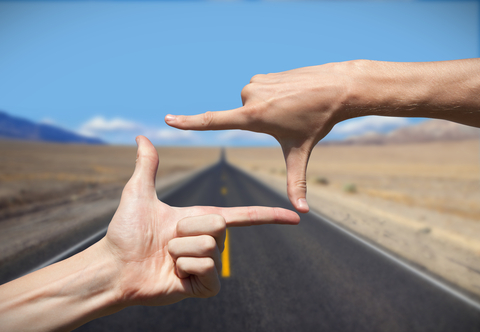 People are more motivated by losses than gains. It's always nice to have more, but we generally know that we can survive with what we have. It can be scary to face the risk of losing what we have and deal with an uncertain future. For this reason, framing an action as avoiding loss is often better than framing it as a potential gain. In one study, people were asked to register for an event. One group was given a discount for registering early. The other was given a late fee if they didn't register in time. Even though the money ended up being exactly the same, more people were motivated when threatened with a loss through the late fee, than when motivated with the gain through the discount. In many cases, emphasizing the possibility of a loss is a better way of getting someone to take action. Unless the potential gain is far greater than the loss, in the lottery for example, people are often inclined to stick with the status quo. When it comes to the potential of winning millions of dollars in a lottery, the minor loss of a few dollars seems inconsequential. Even though players have a miniscule chance of winning, by focusing on the potential and encouraging them to visualize their potential jackpot, the lottery organizers get millions of people to bet on a loser. When it comes to more equal bets, however, the risks are often more powerful than the gains. When influencing people to save for retirement, a fear of living in poverty is more powerful than visions of wealth. When persuading people to get in shape, fear of disease is often better than visions of muscles. And sometimes emphasizing how people will miss out on a product or service is more useful than focusing on the benefits. No matter how you go about framing your argument or calling someone to take action, make it simple. Research shows that when you give people too many options, making a choice is much harder. In one study, people in one group were offered samples from six types of jam while people in another group were offered twenty-four types of jam. Only three percent of people with more choices bought, while thirty percent of people with fewer choices bought. Or to frame that differently, ten times as many people bought when they had fewer choices.

"The more choices there are, the more difficult it is to decide."

Trader Joe's, a small American grocery store chain, has taken this psychology of choice to heart. While an average grocery store typically stocks about 50,000 items, Trader Joe's only carries about 4,000 and most of them are their own brand. There is no reason to force customers to choose from a wide selection of similar products and competing brands when one will do. Thanks in part to their limited selection, Trader Joe's sells more than twice as much per square foot as Whole Foods. The more choices there are, the more difficult it is to decide. Our goal should be to streamline the decision making process. Don't make people redirect valuable mental energy or motivation toward deciding which of the many options to choose. Allow them to focus on one thing; taking action right now.
This article is an excerpt from Dr. Carl Christman's bestselling book
How to Read Minds & Influence People.

Please call, email, or fill out the form below to check on Carl's availability and start planning your next amazing event.

Schedule a call to discuss how we may help you have a successful event.

Error boy
Your message was sent, thank you!